The Fifth Survey of European Jewish Community Leaders and Professionals, 2021 presents the results of an online survey offered in 10 languages and administered to 1054 respondents in 31 countries. Conducted every three years using the same format, the survey seeks to identify trends and their evolution in time.

Even if European Jewish leaders and community professionals rank antisemitism and combatting it among their first concerns and priorities, they are similarly committed to expanding Jewish communities and fostering future sustainability by engaging more young people and unaffiliated Jews.

The survey covers a wide variety of topics including the toll of COVID-19 on European Jewish communities and a widening generational gap around pivotal issues. Conducted every three years since 2008, the study is part of JDC’s wider work in Europe, which includes its partnerships with local Jewish communities and programs aiding needy Jews, fostering Jewish life and leaders, resilience training.

The JDC International Centre for Community Development established the survey as a means to identify the priorities, sensibilities and concerns of Europe’s top Jewish leaders and professionals working in Jewish institutions, taking into account the changes that European Jewry has gone through since 1989, and the current political challenges and uncertainties in the continent. In a landscape with few mechanisms that can truly gauge these phenomena, the European Jewish Community Leaders Survey is an essential tool for analysis and applied research in the field of community development. 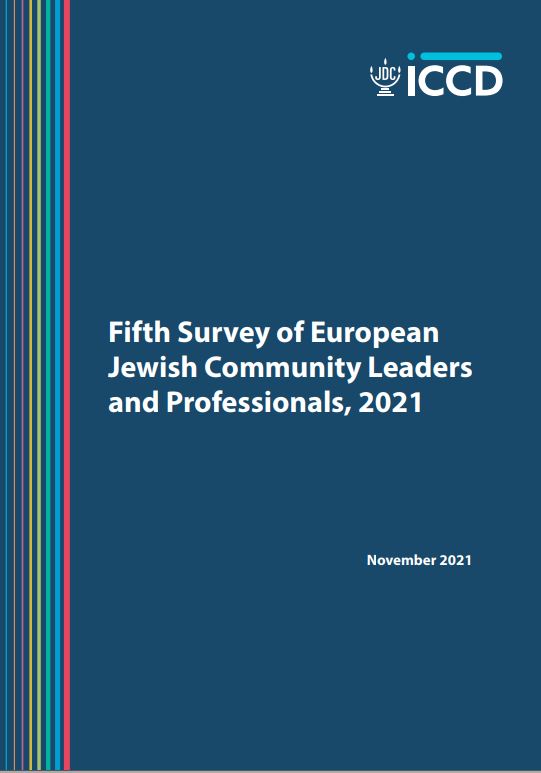